The road ahead disappeared under a thick smog for drivers in Uttaradit’s Muang district on Wednesday, as farmers in the northern province burned stubble in their fields.

Drivers complained that the dense smoke on Uttaradit-Wangkapee Road prevented them from seeing oncoming vehicles and could cause crashes.

They were also concerned about their health, due to high levels of PM2.5 fine dust in the smoky air.

The smog covered the road for five kilometres, as rice farmers prepared their fields for off-season planting. Burning the fields is popular since it is the cheapest way to clear them for the next crop.

By the time local authorities arrived at the scene, the burning was over. They informed locals that they were breaking the law by burning their fields. 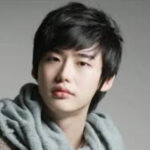